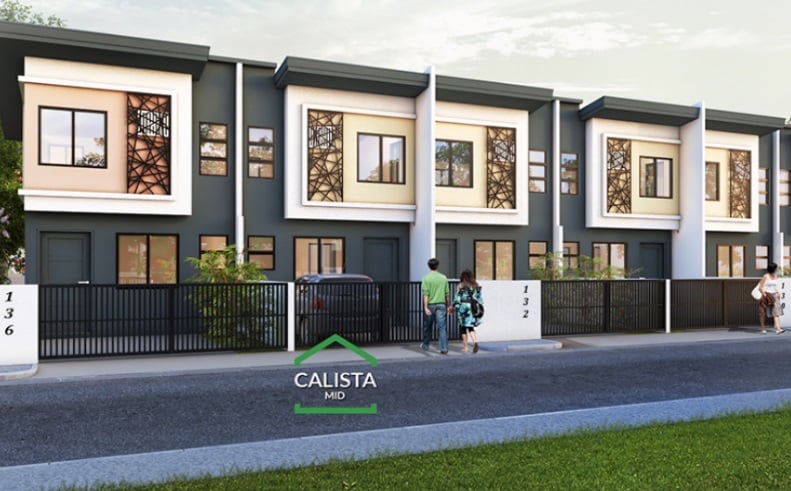 The scene and scent of Batangas are on your backyard once you settle at the Century Properties Group’s (CPG) PHirst Park Homes Lipa, a new 20-hectare residential development in Lipa, Batangas.

This Php2.8 billion worth of housing inventory targets end-users, upgrading and starting families, and those who seek the first-class community with a serene and tranquil environment. But despite the PHirst Park Homes Lipa’s enormous development, it remains highly affordable for the whole family and longtime investors.

With this development, CPG introduces its superior values via the 4C’s, describing its home and the entire development as Complete, Conceptive, Connected, and Convenient. Early on its launching, the project has attracted numerous interest in the market because of its interesting and distinct features.

The development offers 1,867 housing units at very affordable prices that come in 2-story townhouses. Price starts at only Php2 million for a 40sqm house. The price point translates to about Php9,000 in monthly amortization via bank or in-house financing. Now, that’s just like renting out your current apartment without the benefit of owning it despite years of payment. The property is right behind the 470-hectare LIMA Technology Center (LTC) and a mere 30-minute drive from the Light Industry and Science Park III (LISP III). While schools, leisure establishments, dining outlets, and other commercial centers are close, with SM City Lipa a mere 15-minute drive away. The property also offers conceptive and unique amenities that promote a home-in-a-park experience, aside from other lifestyle-changing community features.

The PHirst Park Homes Lipa is located along Plaridel Road, Brgy. San Lucas, Lipa City, Batangas. The project’s close proximity from two of the city’s premier industrial parks (LTC and LISP III) provide thousands of jobs to the people of Lipa, from Metro Manila, and other nearby towns and cities of Batangas, as well as from nearby provinces.

The Plaridel Road runs parallel with the Calabarzon Expressway, which has an average distance of 1.5km from each other. The PHirst Park Homes is a mere 3km from downtown Lipa City and is located just across the LTC while the eastern vicinity of the site is made up of various greens, trees, and land with rolling terrain. The site is located north of the town proper of Lipa City and is just 10km away from the shore of Taal Lake where you can find the iconic Taal Volcano. The valleys and hills of Tagaytay are just an hour drive from this idyllic city.

The PHirst Park Homes Lipa offers beautifully built Townhouses and Single Attached housing units in 2 stories. The project features a move-in ready concept. On this perspective, a housing unit is delivered “complete” with finished flooring, ceiling, exterior and interior walls, and with its own perimeter fence and gate. Each housing unit has provision for space ideal for future expansions, including spaces for a lawn or garden or a carport. The ground floor has an average ceiling height of 2.6 meters while the second floor ranges in ceiling height between 2.2 to 3 meters. These finishings are all included in the package when you purchase a housing unit at the PHirst Park Homes Lipa Batangas.

PHirst Park Homes Phirst Park Homes Lipa in Lipa City, Philippines is a premier House & Lot project available for sale. If you're looking to rent or purchase Phirst Park Homes Lipa, then check here first. We have full details of Phirst Park Homes Lipa updated regularly as well as everything you need to know about the availing and booking process, broken down into stages that includes selecting a unit, choosing a payment plan and buying your dream home at the right price. For price list, free site tripping or showroom visit, personalized service, model house, unit plans, floor plans, payment terms, CHAT LIVE with an agent 24x7. Always only buy from PRC licensed Real Estate Brokers and Agents.

The PHirst Park Homes Lipa in Batangas is one of the country’s finest offerings of affordable homes and yet just may cost you a little less. If you are going to reserve today. Century Properties is sure to deliver quality homes without the high price tag. This rustic paradise in a suburban setting is currently on pre-selling stage where you can pay a low amount as a reservation fee (as low as Php20,000 to reserve) and a down payment (DP) of only 10% of the total contract price (TCP).

Most industry gurus will recommend buying a pre-selling property as it offers lower prices during its construction period. At this time, the development is in its infancy wherein the developer has not yet invested much compared to a more developed property. As the property near its completion, expect a sharp rise in prices as the company will start to recoup its investment while adding more cost to counter inflation. The good thing about investing early is that you will not pay for the inflation and the additional cost while the development progresses. Contact our licensed real estate on this website on how to make a reservation and start owning your dream home, now!

Finest home models to choose from

The PHirst Park Homes’ Calista House Models are built to last for several generations. These amazing 2-story Townhouses and Single Attached homes are designed for complete expansion for future use. In fact, aside from what we have mentioned about the houses’ brief specs, there are more to be expected from each housing unit. For each home unit, the roofing is made from pre-painted long span roofing system while the ground floor wall thickness is an impressive 4 inches while that on the second floor is 3 inches thick. The ceiling on the first floor is an under the slab in the painted finish while the second floor has painted finish ceiling boards. The bathroom flooring is made from ceramic tiles with wall tiles up to 1.5 meters. The main and service doors are made from steel and are painted finish, while the bedroom and bathroom doors are PVC flush type. All materials used to assemble your house at the PHirst Park Homes Lipa are of high quality which is just what you are paying for.

Lipa City had been blessed with natural wonders and warm and friendly people. The city is a mere 2-km drive from Manila (88km south of the capital). The city is home to the most number of the Dendrocnide meyenia tree species, which is locally known as “lipa”, where the city is named after. These trees grow abundantly in the area where they virtually clean the surrounding air making living at the PHirst Park Homes Lipa as refreshing as it is. Lipa City can be easily reached from Manila via SLEX (Southern Luzon Expressway). From the capital, you can get on the Metro Manila Skyway in Makati from Carlos Palanca St., San Marcelino St., United Nations Avenue, and Quirino Ave. Extension then to SLEX. Drive through the SLEX then turn right to STAR Tollway in Batangas, on your way to Lipa. Take the Exit toward Balete /Lipa City from the STAR Tollway. Then take President J.P. Laurel Highway to Brgy. Plaridel Road until you reach your home at the PHirst Park Homes Lipa to your right. Follow the same route from Makati, Taguig, and Alabang, once you are on the SLEX.

PHirst Park Homes Lipa is a Php2.8 billion worth of house listing

The affordable housing arm of Century Properties Group Inc. has rolled out a new 20-hectare development in Lipa, Batangas, bringing to the market P2.8 billion worth of housing inventory targeting various types of investors, end-users, and families who only want to have the best in life with less. PHirst Park Homes is the first-home division of CPG that is offering 1,867 housing units at PHirst Park Homes Lipa starting at Php1.2 million each for a 40-square meter home. This price point translates to around Php9,000 only in monthly amortization for buyers. The expansion builds on the success of PHirst Park Homes initial offering in Tanza, Cavite, in 2017. This development in Cavite has already sold 1,200 housing units valued at Php1.4 billion in sales. PHirst Park Homes upped the ante in the category of affordable home ownership by offering more value at very attainable prices. With these current goings on in the sales of PHirst Park Homes valued property across two provinces, you might as well make your move and make your reservation as early as possible before everything is too late.